First Night of Training for the XE2

So, it's -2 deg. outside, yes I know it's not a Polar Vortex but it's cold, and the XE2 starts it's training for my latest project.

The focus speed, well, all assumptions are correct. It leaves the X Pro1 wanting in these conditions. Not that the X Pro1 is any slouch, my last project was all done with the Pro, just the XE2 is more eager and locks onto it's subject with more willingness, in fact the speed and absence of shutter lag can surprise. The newer heart inside with increased low light AF speed is not hype, it works brilliantly. The XE2 is much nippier, like a terrier darting straight to target.

What seems like a lifetime ago, in my previous career, I used S.I.T. cameras (Silicon Intensifier Target). These were amazing and could see clearly when we reached a mile below sea level. The Fuji XE2 is from the same family it appears (along with X100s), it sees in the dark! I would almost call it "Vlad the Camera" for it's night-time prowess.

The noise to signal is still amazing, noise, what noise.

The absence of the View Mode button is a royal PITA though. Well, really it's not, but it would be much more convenient to have the option (please Fuji, firmware upgrade soon). After shooting film for so many years the screen is a bonus rather than necessity, but we all know how quickly we can become accustomed to these things.

Also, the lag to turn the EVF on through eye sensor is a little slow. Something else that can be negated by carrying extra batteries (always advised anyway and my pocket carries several) and keeping EVF only on. Hopefully this may be another tweak the Fuji wizards can cast a magic wand over in the future.

However, these points are largely trivial. The XE2, on it's first project outing in hideous lighting conditions, performed like a champ. The size is not a concern (as pondered after X Pro1 use for so long) but the grip is a welcome addition, at least for me. The controls fall to finger naturally and everything feels that little bit tighter in operation. The X Pro1 is still an amazing camera (as is the X100s) so there really is no wrong choice. But Fuji have definitely honed/polished and improved upon many things to produce the XE2.

The increased focus speed is very welcome as this project continues on from "The Munchies" and will be even more testing. The challenge is to produce a book, one which is more complete, so the little XE2 has a long and tough road ahead, but it never complained once (unlike my frozen digits).

One quick outtake from the night and a sneak idea of what the XE2 has ahead in coming months. 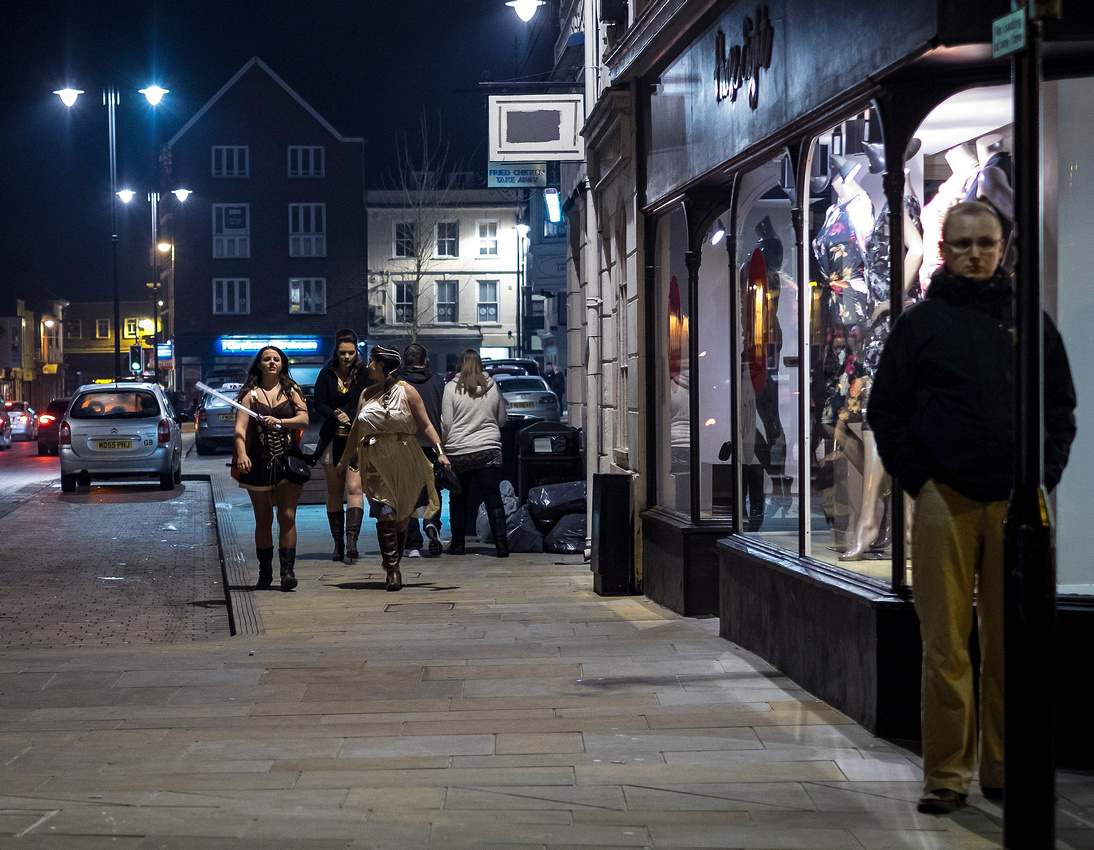