"The Munchies" Project and Fuji X

Some projects just come to you. You see something and it lingers deep within the mind, nagging at you, enticing you, yet you know there is more to it yet.

Many months ago I walked past a late night takeaway on my way home.

The lights, sounds, smells and people all around struck me aesthetically, I could visualize the image, it interested me, yet there was more to it than one image.

So, later, much later after a great amount of research came “The Munchies”.

Robert Capa told us “If your photograph’s aren’t good enough, you’re not close enough”, many would take this literally.

Yet another great photographer, Tod Papageorge says “If your photograph’s aren’t good enough, you haven’t read enough”.  Curious, yet if you think about it they are both the same thing, less literal more “You need to know and understand your subject to attain the best possible images”.

Then, I felt I was ready to begin my project about late night takeaways, “The Munchies”. 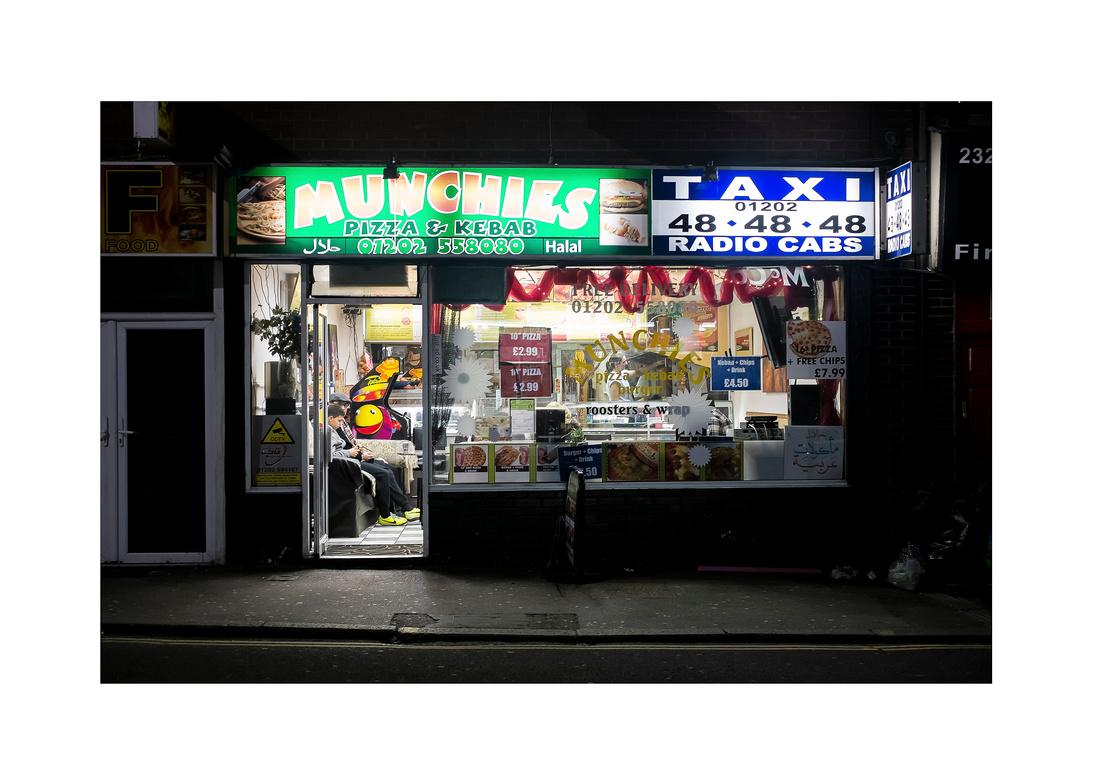 This was a long and tiring project, not so much due to the hours, more the unsociable hours. Walking the streets between 9pm and 3am for the most part.

I wanted to attain a consistent look, something that flowed rather than images composed and framed differently. Thus I shot in a precise way.

I could have used many cameras to do this, from the 5x4 field camera (big, costly, heavy, difficult to set up in this environment) to the dSLR and beyond.

Yet what I needed was a tool I could comfortably walk with for hours, not stand out, produce wonderful images (which have already been printed at A3 size), had a very good noise to signal ratio and was a joy to use.

The choice was actually simple, my trusty Fuji X Pro1. 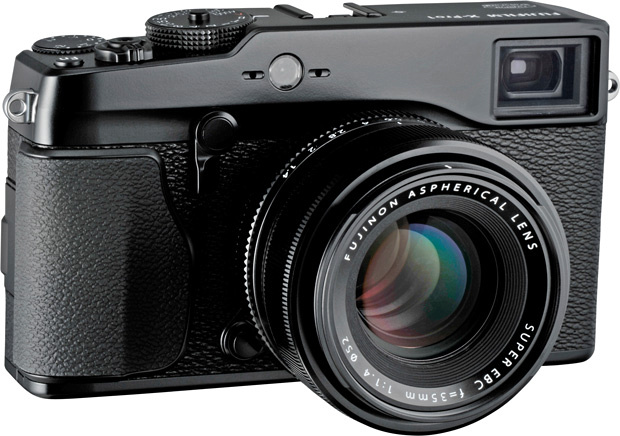 Yes, as said before, I could have used any number of cameras, so why the Fuji?

I wanted to produce a series with a continuous feel, so the level in the Fuji’s EVF was a great bonus for getting the framing level. The histogram guided my exposure, the professional lenses offered by Fuji are more than perfect for such night time shooting.

Couple this to the fact the Fuji is inconspicuous (as I wanted to blend into the background and attain the most natural images I could) and small and light. In fact a Heavyweight fighter in a Bantamweight package.

Walking for hours at a time, fuji’s slung under my coat, as natural as taking a stroll until ready to shoot, was not so much a task but a pleasure.

I shot mainly with the amazing 35mm f/1.4 but had a couple of occasions (distances were important for continuity, and not standing in the middle of the road so I didn’t get run over of course) to use the 60mm f/2.4 also (the Fuji X100s always came along for the ride also).

Both lenses performed flawlessly in this rather extreme test. Couple that with the truly amazing sensor inside the X Pro 1 and I have images that needed little to no post production and have printed brilliantly (currently on A3 prints but could go larger without a hesitation).

So, what was this project all about? Born from a single vision one night and morphing into weeks of work later.

Well, it’s up to the viewer to look and decide what they feel. Photography is always a personal thing no matter what, so I will leave it up to the audience.

For me, it turned out to be many nights walking around cities and witnessing life which I would not normally pay so much attention to. And doing all this along with a very capable tool at my side, one which aided me and thus felt more of a friend than an object. 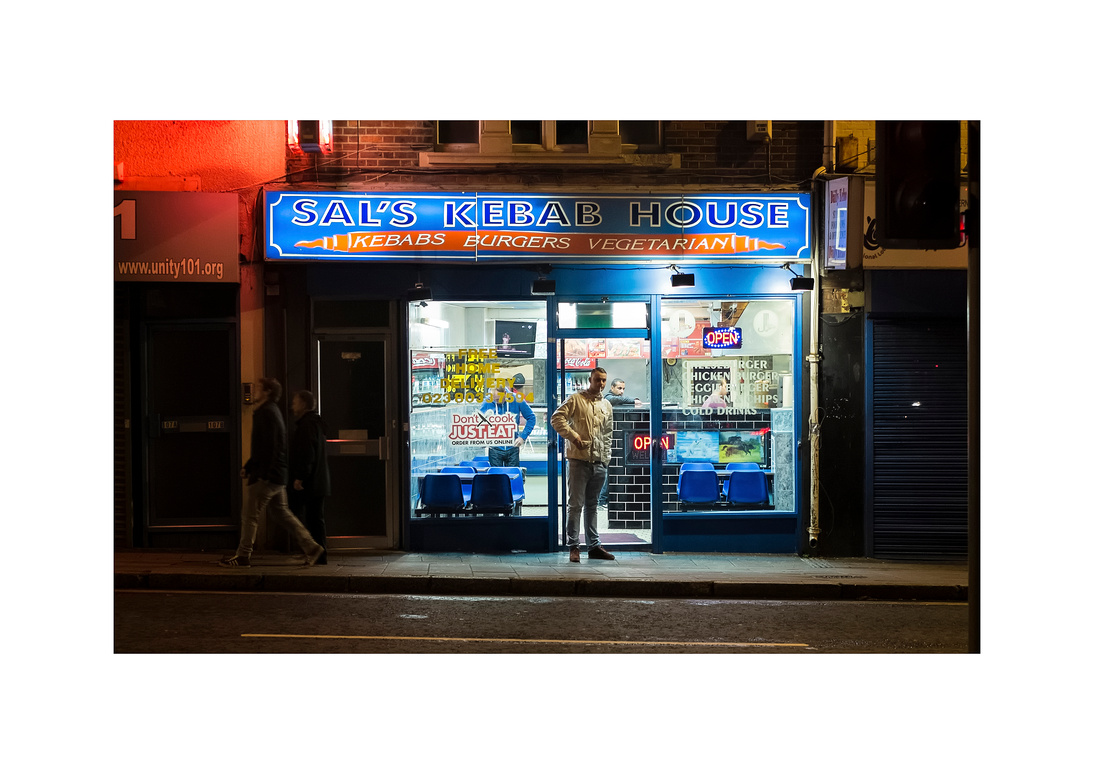 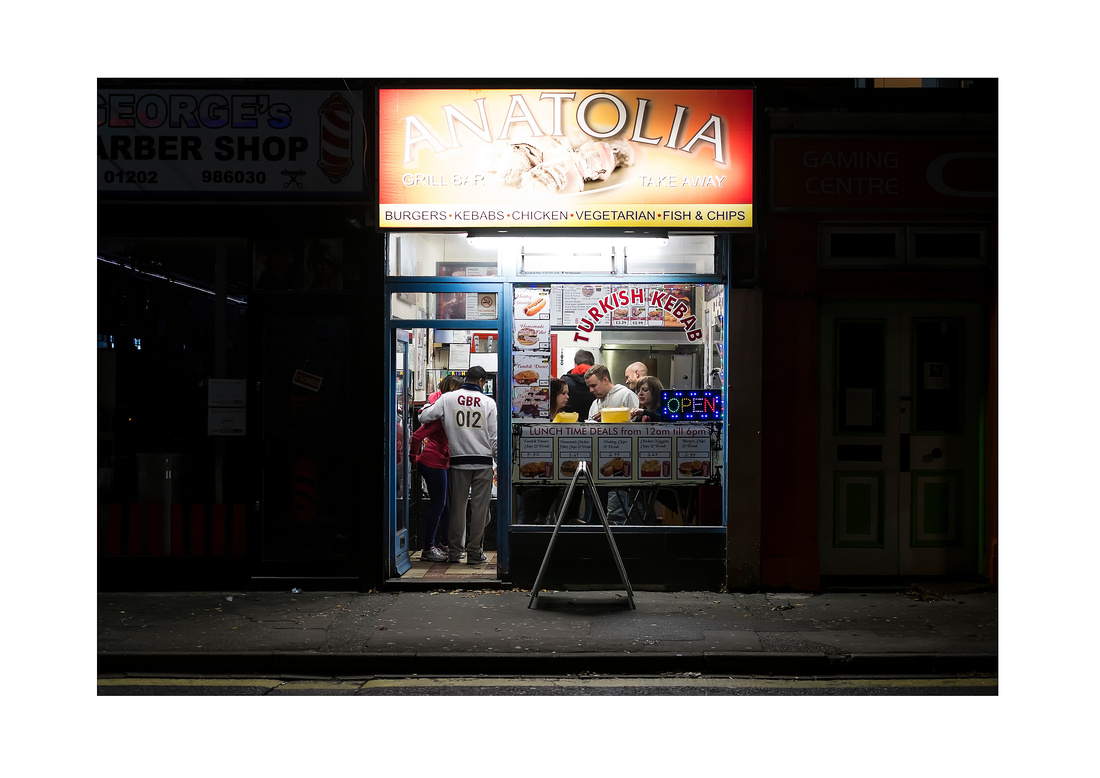 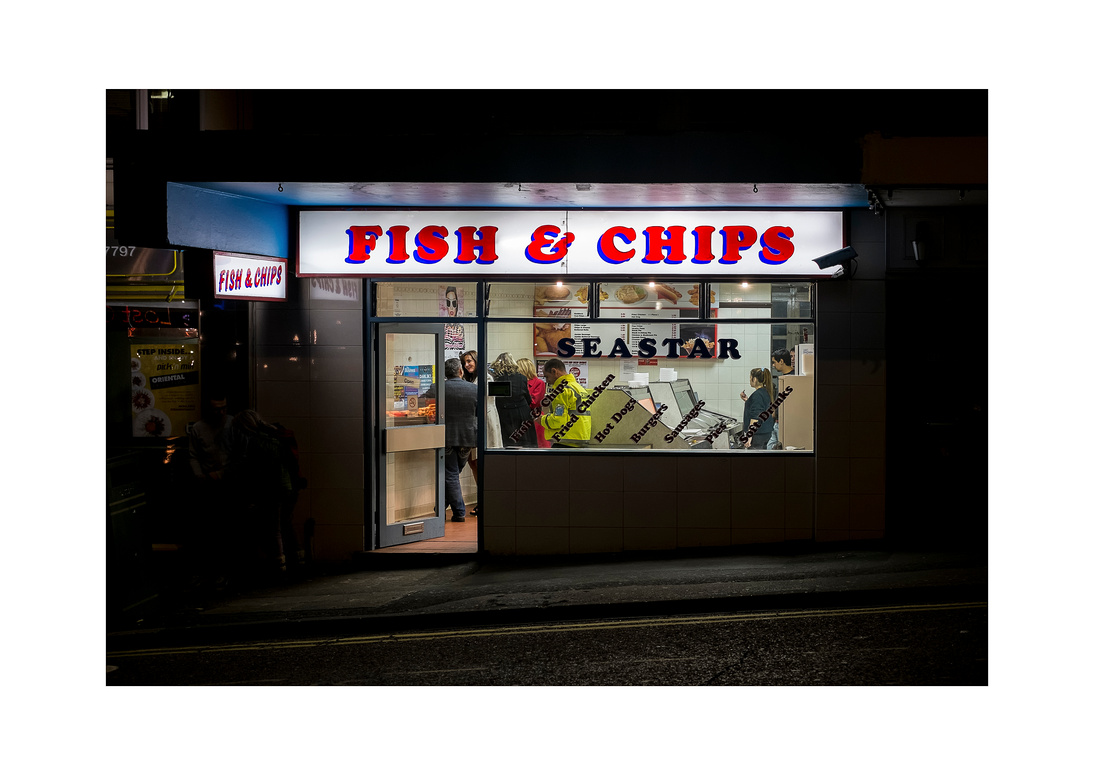 I must also mention that I hate camera straps. I dislike the “falling off the shoulder” syndrome and also hate feeling confined, which is how I feel when a strap is worn across my chest. Neither of these solutions lent themselves to this project where I needed my camera/cameras close at hand, ready to go and comfortable beneath my coat (this is Autumn/Winter in the UK remember J). To this end I found and bought a “Moneymaker” camera harness from Hold Fast Gear in Oklahoma.

I wrote about this amazing piece of craftsmanship in my last post but it’s worth mentioning again that without this piece of leather perfection this project would have been much less comfortable and enjoyable to shoot.